On a couple of occasions, I have written about the problems some hospitals have had properly sterilizing the endoscopes they use in certain procedures involving the gastrointestinal tract.  You can read those posts here, here and here.  The problem was twofold.  First, the hospitals were not able to get the scopes clean using the manufacturers’ protocols and some patients were being infected with a sometimes fatal, antibiotic-resistant bacteria as a result.  Second, and even more important, the hospitals were not telling their patients that their terrible and sometimes fatal infections were the result of the hospitals’ problems in sterilizing their equipment.  This goes beyond simple hospital negligence.  Well, the story just keeps on popping back up in the news. 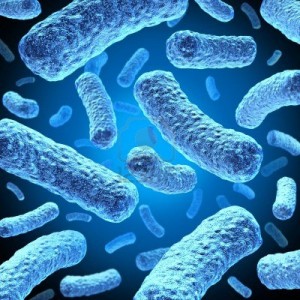 Last week the FDA issued a warning to the three companies that manufacture these endoscopes.  The FDA was very concerned because the companies had not been reporting to the FDA the problems with the cleaning of their endoscopes before reuse and the resulting bacterial infections.  The FDA’s investigation found that the companies knew of the problems and resulting infections before they became public but did nothing to report them, despite a legal duty to do so.  The FDA was also concerned that the companies’ instructions for cleaning their scopes for reuse were inadequate and did not result in sterile scopes incapable of transmitting infections.  The FDA gave the companies fifteen days to respond with a plan of correction.  In spite of its concerns, the FDA has refused to take the scopes off the market so you or your loved ones may be exposed to them in the future.

A few days later a Pasadena hospital quarantined its endoscopes because it suspected they were related to an outbreak of serious bacterial infections in patients who had recently undergone procedures with the scopes.  To its credit, the hospital promptly notified infected patients and health officials about the possible link.

From time to time problems like this will occur.  In spite of the best efforts of manufacturers, there will be problems with their products.  What is critically important, however, is that hospitals be alert to the possible existence of problems and, as did the Pasadena hospital, promptly notify patients and health authorities about their concerns.  Had the first hospitals at which this problem first occurred acted as they should have acted, corrective action could have been taken over a year ago and many infections and some deaths may have been averted.  We must demand better behavior and more transparency from our hospitals.  We and our families deserve it.