The physician/patient relationship is one of the most important in our lives.  We place our lives and our trust in the hands of the physicians who provide medical treatment to us and our families.  We want to believe that they are well-trained, honest, ethical, and have our best interests at heart when they make medical decisions and provide care.  As much as we want to believe these things, it is important to remember that physicians are human beings and, as human beings, are flawed.  Sometimes, their human nature means that they betray our trust.  Somehow we need to balance our desire to trust our doctors with just enough caution to make sure we do not become victims. 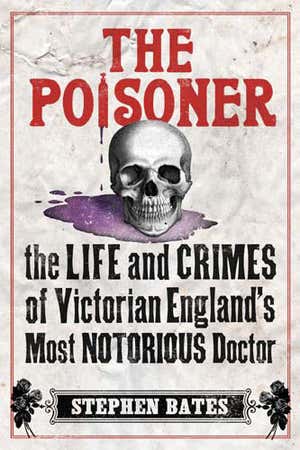 There is a common thread that runs through most of the reports of doctors betraying the trust of their patients.  That thread is composed of two familiar strands:  sex and money.

Some doctors will do anything for money.  A Detroit cancer doctor was charged and convicted of falsely telling many of his patients that they had cancer when they did not.  He administered damaging and expensive chemotherapy treatments to them.  He ruined lives and physically damaged many of his patients, all for money.

He is not alone.  A Virginia doctor was just convicted of doing much the same thing.  This gynecological surgeon told women they had cancer and needed surgery when they did not in fact have cancer.  He removed bodily organs that were perfectly healthy.  He performed other unnecessary medical procedures for which he billed the patients’ insurance companies.  He got away with it for ten years.  The jury convicted him on 52 counts of health care fraud and other crimes and the judge sentenced him to 59 years in prison.

In Louisiana, a cardiologist told at least dozens of his patients that they needed pacemakers when they did not.  He would then implant the pacemaker and charge the insurance company for the procedure.  He would continue to make money by monitoring the pacemakers for years afterwards.  He was convicted and sentenced to prison.

An Indiana sinus surgeon also performed unnecessary surgeries and billed for procedures he never performed.  He made lots of money and lived lavishly.  While under investigation, he went on a vacation to the Greek isles with his wife, who said she woke one morning to find him gone.  Three years later, he was found hiding in Italy.  He was returned to the United States, tried, convicted, and sent to prison.

I don’t have the space to discuss more than a few of the many physicians who used their position or their access to drugs or drugs themselves to sexually abuse their patients.  “Famous” among them is Larry Nassar, team doctor to the USA Gymnasitics team and former professor and team doctor at Michigan State University.  Dr. Nassar was accused of sexually assaulting 265 young women and girls over a nearly 25 year period.  He pled guilty to a few of these assaults and is serving time in prison.

Choose your doctor wisely but remember that even doctors with outstanding reputations may be acting in their own interests and not yours.  Be careful.  Be alert.  Ask questions.  Don’t hesitate to ask for a second opinion.  Most of all, don’t assume something is true just because a doctor said it.   If, in spite of your precautions, you find that you have been victimized by a doctor, call me.