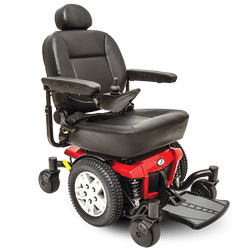 The spinal cord is like a superhighway through the body.  Like a superhighway, it is a critical piece of infrastructure.  It carries messages from the nerves to the brain and messages and instructions from the brain to the nerves and muscles.  It is protected from trauma by the bones of the spine and by a tough, fibrous sheath.  Medical errors can overcome that protection and damage the spinal cord.  The closer to the head the damage occurs, the more messaging to and from the brain is lost.  Damage to the spinal cord in the lower back can cause paraplegia, the loss of the use of the legs.  Damage in the neck can cause quadriplegia, loss of the use of both the arms and legs.

Time and space do not permit me to detail all the ways in which a surgeon can directly damage the spinal cord during a surgery.  It depends on the nature of the surgery, its location, whether or not hardware is being used as well as a number of other factors.  Suffice it to say that some cases of spinal cord damage during surgery are unavoidable while others are completely avoidable.  Each case must be examined on its own merits.  While paralysis may be a risk for all surgeries in and around the spinal cord, the fact that paralysis occurs during such a surgery does not mean that the paralysis was not the result of negligence.

Post-operative paralysis is a much easier case to make.  It should not happen.  While post-operative bleeding may cause the formation of a blood clot (hematoma), which compresses the spinal cord, any resulting paralysis will develop over a period of hours and will cause signs and symptoms, which an observant nurse will see and report to the surgeon.  If the nurse is doing her job, the developing problem will be recognized early enough for surgical intervention to preserve spinal cord function.

You would think that the nurses assigned to care for patients who are recovering from surgery on or near the spinal cord and who are at risk of developing paralysis would be among the best the hospital has on staff.  You would be wrong.  In many of the cases I have handled of post-operative paralysis, the nurses were inexperienced and poorly trained.  Why are these nurses entrusted with such important care?  In one of my cases, the nurses saw the developing evidence of paraplegia and deliberately ignored the order of the doctor to call her immediately, if they saw any of the signs they were seeing.  These night shift nurses testified that they discussed it among themselves and decided that the loss of sensation, motion, and strength was not really due to developing paralysis and that there was no reason to call the doctor.  By the time the surgeon arrived in the morning and discovered his patient was paralyzed, it was too late to fix the problem.