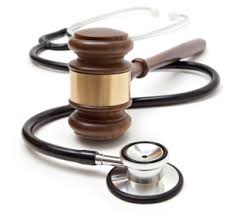 Last week I wrote about the National Practitioners Data Bank (“NPDB”) and the information reported to it.  While the public may not obtain data about individual payouts or individual doctors, it can obtain bulk data about malpractice payouts and there is a trove of valuable and interesting information to be found there.

Diederich Healthcare is a national firm which sells liability insurance to healthcare professionals.  Every year it reviews the payouts made the previous year and reported to the NPDB.  It sorts the information into a graphic you can find here.  It is a beautiful and informative graphic with some surprises.

Our home state of Arizona reported total payouts in 2015 of a little over $71M.  This works out to $10.47 for each person who lives in Arizona.  This is well below the highest state in per capita payouts; payments made in New York were $35.95 per person.

Not surprisingly, the highest average payments went to those who suffered quadriplegia or brain damage or other injury requiring lifetime care.  What is somewhat surprising, however, is that the average payment to even these most seriously injured people with the greatest medical needs going forward was only $1,086,711.  Major permanent injuries came in second with an average payment of $548,836.  The average payment made in a case in which the patient died was only $374,944.

These payments do not show a system running amok which must be reined in.  Mistakes are as common in medicine as they are in the rest of our world, perhaps even more so given the complexity of medical care and the number of people who share responsibility for that care.  Many people are injured by these mistakes yet only a few receive compensation for their injuries and even those who do receive amounts which pale in comparison to the injuries they have suffered.