What Is Driving Health Care Costs? Hint: It Is Not Medical Malpractice Claims. 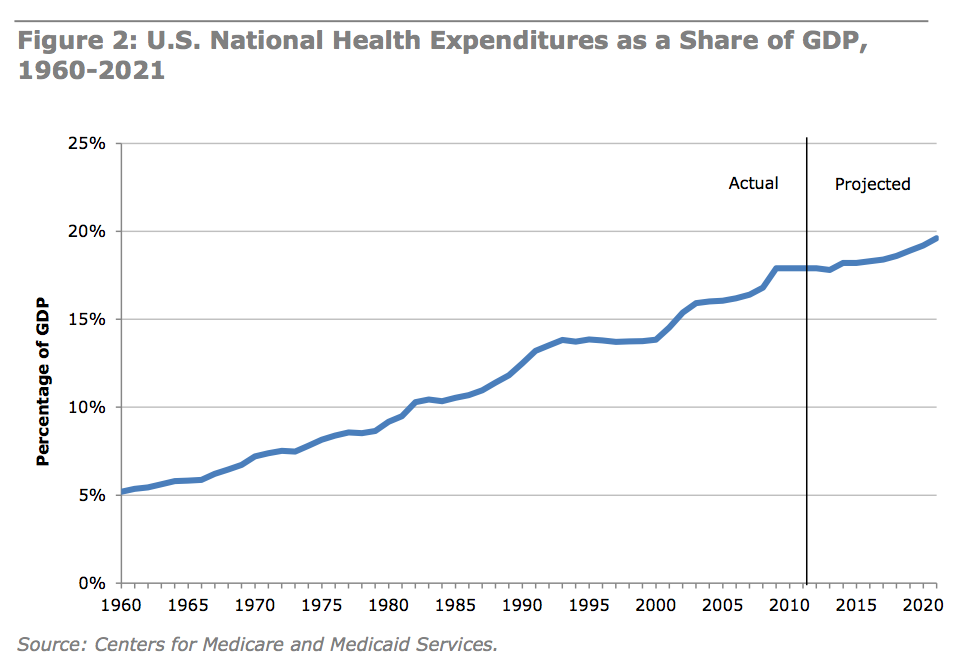 You don’t need the graph above to tell you that health care costs are going up and up.  Why is that?  Well, the medical profession and its political enablers will tell you it is runaway medical malpractice suits.  In point of fact, the number of medical malpractice claims has been dropping for years despite a rising population.  What have been going up, and sometimes spectacularly so, are the administrative costs associated with health care.

Today, there are fewer and fewer doctors who own their own medical practices.  Large health care groups have been buying up individual practices and making the doctors their employees.  Here in Arizona, Banner Health has been the largest aggregator of hospitals and physician practices.  This means that when you go to a doctor and pay that doctor’s bill, you are often paying not only the doctor but the health care system that employs the doctor.  Throughout the United States, these systems have been getting larger and larger as they gobble up more and more hospitals and physician practices.

Of course, it isn’t just the CEO’s who are being paid big bucks.  Each CEO has a team of executives working with her or him who must also be paid.  Here in Arizona, for example, the total executive compensation paid by Banner Health in 2015 was $26.33 million.  Not bad pay for someone working for a non-profit organization.

A lot of hard working Americans struggle with medical bills to pay the salaries of the executives who run the health care system.  There has to be a better way to deliver health care without a bureaucracy that drains so much money out of the system and there is.  It is called “single payor.”  Hopefully, it will be coming to a country near yours in the near future.