From time to time people ask me what is the most common form of medical malpractice I see.  I usually answer that there is no most common form and that there are many ways in which mistakes can be made.  While that is true, many of the mistakes I see lead to the development of sepsis, which I refer to as the waiting killer. 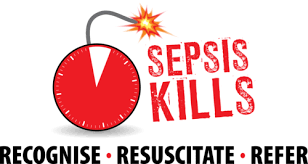 Sepsis is part of the body’s response to an infection.  It often begins slowly and innocuously and then becomes more and more serious until it takes the life of the patient.  I see sepsis in connection with many medical mistakes.

Recently, I settled a case in which a young woman died as the result of sepsis following a laparoscopic surgery in which her bowel was inadvertently pierced.  Injury to the bowel is one of the recognized risks of laparoscopic surgery where the surgeon is using a small camera inserted into the body to guide surgical instruments.  The bowel injury may not be noticed and the patient is sent home with bowel contents spilling into the abdominal cavity.  These bowel contents are full of bacteria and release toxins into the bloodstream.  The result is sepsis.  Unrecognized bowel injuries are a leading cause of the development of sepsis.

Sepsis usually follows a pattern.  The first signs are a fever, a slightly rapid heartbeat and slightly rapid breathing.  If not corrected, sepsis becomes severe.  The patient’s kidneys stop working properly and urine production drops.  Breathing becomes difficult.  There may be an abrupt change in mental status and there may also be abdominal pain.  The final stage is septic shock in which the blood pressure drops to very low levels.  Septic shock is resistant to the usual treatment of fluid replacement.  The very low blood pressure prevents the organs of the body from being properly nourished with oxygen.  They shut down and the patient dies.

Sepsis is always waiting in the wings to take advantage of an infection or a weakness of the body.  As the little drawing above warns, sepsis kills.  Health care providers must recognize sepsis when it presents itself, resuscitate the patient and refer the patient to a hospital where he or she can receive the treatment necessary for survival.  If you have been sent home after a surgery or hospitalization, you also should be aware of the signs of developing sepsis and return for the prompt medical care that may save your life.