Why Your Health Care Costs Keep Going Up and Up.

As I have observed before, we in the United States pay the most for health care yet we rank well down the list of developed nations in terms of health care outcomes.  Why aren’t we getting value for the money we pay?  Why do our costs keep going up and up with so little improvement to show for the amounts we spend?  Hint:  it is not due to medical malpractice cases.  There are a few answers and the most significant of them involve greed. 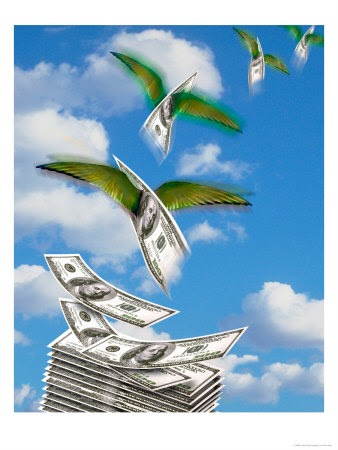 The Wall Street Journal has for years been doing some excellent research and writing on the subject of health care costs.  In its August 1, 2018 edition, it has a great article on the factors that drive our health care costs.  Here is a link to the article.  I recommend it highly.

According to the Journal’s research, by 1970 there was already about a 3% gap between what we in the United States spent on health care as a percentage of Gross Domestic Product and what was being spent on average by the other developed nations.  Today that difference is about 7%.  Considering the size of the GDPs involved, in actual dollars this is a huge difference.

Perhaps the most interesting of the graphs showing changes is the one showing “price growth since 2000.”  Since 2000, the cost of physician and clinical services has risen by about 23%.  By contrast, the cost of hospital care during the same time period has risen by 60%.  Topping that, however, has been the cost of prescription drugs, which has risen 69% since 2000.

There are two important factors which enable hospitals to get away with this.  The first is that there is very little transparency in the cost of hospital services.  Even if you wanted to find out what a service cost before agreeing to be admitted to a hospital, you would have a hard time doing so.  While there may be published rate schedules, they are much like automobile sticker prices; no one actually pays that amount.  It is almost impossible for a consumer to find out what hospitals are actually agreeing with insurers to accept for a given service.  If you never know what participants in the market are charging for a product, there can be no competition among the providers.  The market works only when consumers know enough to be able to make informed choices.

The second factor is that most consumers are insulated from the actual cost of the care.  We don’t pay cash for the care we receive.  Most of us have some form of insurance and our insurer negotiates with the hospitals and pays the bills.  We get some confusing Explanation of Benefits that would be hard to interpret even if we tried to do so.  Since we don’t pay for the care directly, we are less sensitive to its actual cost.  As with the lack of transparency, everything deliberately takes place behind a curtain of secrecy.

Drug companies have taken advantage of many of the same factors to charge what the traffic will bear for their prescription medications.  They put ads on television to encourage patients to ask for the medicines from their physicians.  They pay physicians who prescribe their products and pay the most to those who prescribe the most.   They keep raising the prices and most of that increased cost is paid by our insurance companies, which keep increasing our premiums and we never know exactly why.

Finally, the medical industry, which includes the doctors, the hospitals and the drug companies, hire legions of lobbyists and make large contributions to elected politicians.  They do this because it works.  Politicians roll over for the industry.  There is no meaningful reform and consumers, who do not have the money to play this game, consistently come out the losers.

Get involved.  Do something or nothing will change.