Lots of Malpractice – Be Careful Out There.

Regardless of what the medical profession would have you believe, there is a lot of medical malpractice out there.  Many patients are victims but few end up suing.  Most just choose to walk away.  Many more were never told that they were the victims of malpractice and never had a chance to decide whether to make a claim or not. 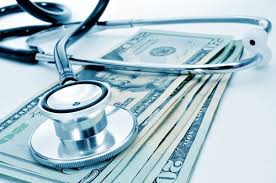 A California man, who was not a doctor, claimed that he was and was arrested when authorities caught him administering injections out of his house.  Although the news article did not say what was in the injections, you can probably draw some conclusions from the fact that there were ten people lined up at his door when the police came to arrest him.  Note to self, always check the credentials of any “doctor” before allowing him or her to provide medical care.

Closer to home, a number of Arizona doctors apparently conspired with a drug manufacturer to administer its artificial painkiller, which was approved only for use in terminal cancer patients, to patients who did not have cancer and were not supposed to be receiving the drug.  The drug is highly addictive and for that reason was limited to terminally ill patients with extreme pain.  The Arizona doctors were paid to administer the painkiller and phony up their records to make it look like the patients were in the approved group.  It appears that the drug manufacturer paid doctors nationwide a total of $14M to prescribe its painkiller.

A Colorado doctor deliberately diagnosed patients as having Multiple Sclerosis when they did not.  He ordered expensive infusion therapy to treat the MS and made lots of money administering the infusions and testing the progress of the patients after each infusion session.

A Detroit oncologist deliberately diagnosed patients with cancer when he knew they did not have cancer.  Like the Colorado doctor, he made a lot of money treating the non-existent cancer in his patients.

In New Jersey, doctors have been convicted and sentenced for taking kickbacks to send blood tests to a particular lab for processing.  While this might not seem like such a big deal to the patient who just wants his or her blood test properly processed, many of these patients may not have needed the testing at all.  The doctor may have ordered the test just to get the kickback.

A New York doctor plead guilty to manslaughter in the death of a patient on whom he had performed a uterine procedure in his office.  During the course of the procedure, he damaged an artery and the patient began to bleed profusely.  He tried to repair the artery but could not.  Instead of calling 911 to take the patient to the hospital to address the bleeding, he sent her home with her sister so he could see the other patients waiting in his office.

There is a lot of money to be made in the practice of medicine and sometimes it tempts health care providers to do the wrong thing.  Be careful out there.  Try not to let it happen to you.