To Autopsy Or Not?

When a loved one dies, the family they leave behind are understandably grief stricken.  Senses are numbed, tears are shed, final arrangements are made, often in a haze of grief.  Questions about why the loved one died and whether medical malpractice might have played a role are frequently put off until after the funeral and the relatives and friends have returned home.  This may be too late. 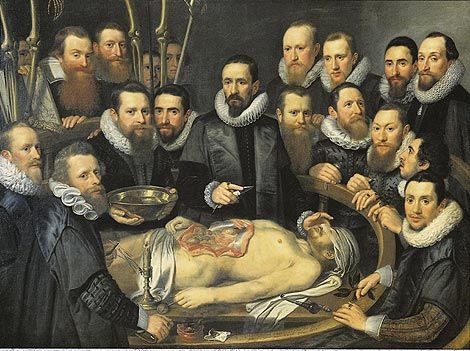 When family members come to see me about the death of a loved one, one of the first questions I must ask is whether there was an autopsy or not.  The absence of an autopsy may prevent me from taking the case.  Let me explain why.

Medical malpractice cases are tough enough under the best of circumstances.  Doctors get to testify they did everything right and get to bring in an outside “expert” to say the same thing.  The patient or the patient’s family gets only one outside “expert.”  The odds are two-to-one before you even reach the courtroom.  This is important because at the end of the trial the judge will tell the jury that the patient has the burden of proving the existence of malpractice and that if the patient doesn’t meet that burden of proof, the jury must find in favor of the doctor.  The jury doesn’t know the medicine before the trial begins.  They just listen to the witnesses and do the best they can.  If at the end of the case, they can’t figure out what happened, they are told they must find for the doctor.  To top it all off, the doctor and his or her lawyers can suggest mere possibilities for which there is little or no evidence to create issues to distract the jury.  Very often, it works out for them and the patient loses.

In death cases, the family must prove that there was a medical mistake, that the medical mistake caused the death and that the patient would not have died in the absence of the mistake.  Everything depends on being able to prove the cause of death.  It isn’t as easy as it may sound.

It doesn’t matter what the doctors or the nurses may have told the family about why the patient died.  They may deny that they said it or may say the family misunderstood them or that, after giving the matter more thought, they now believe they were mistaken.

The medical records are almost never conclusive either.  In the first place, doctors write the medical records.  If they are writing about their own care, they don’t want to admit in the records that they made a mistake that killed the patient.  If they are not the doctor who made the mistake, they may not want to write anything that reflects badly on the doctor who made the mistake.  Secondly, the cause of death in the records may be pretty generic when, in order to win at trial, you are going to need to be specific.  Third, and this is especially true in older patients, there is usually a lot going on from a medical perspective.  Older patients have a lot of medical issues and a smart defense lawyer (and they are all smart) can easily muddy the water by pointing to these other medical issues as a possible explanation for the death.

If you think there may have been a medical mistake that caused the death of a loved one, you are unlikely to get to the bottom of what happened without an autopsy.  The pathologist who conducts the autopsy will carefully examine the deceased inside and outside to determine the cause of death.  Blood and tissue will be tested and examined under a microscope.  Tissue samples will be saved for later examination and for use at trial, should the matter proceed that far.

Unfortunately, this means arranging for an autopsy soon after the death but there is no good way around this.  The hospital may offer to perform an autopsy and you may be tempted to accept its offer but the hospital may have an interest in the outcome of the case and that can affect both the autopsy and the willingness of the pathologist who performs it to cooperate with you later.

Your best bet is to arrange for a private autopsy.  They usually cost between $3,000 and $5,000.  The pathologist who performs the private autopsy will cooperate with you and answer your questions to the extent he or she is able.  He or she will also be available to work with your lawyer and to testify at trial, should that be necessary.

I hope you never need to consider the question of whether a loved one’s death was the result of malpractice or not but, if you do, get a private autopsy.