“The Computer Will See You Now.”

Artificial intelligence is reshaping the world and medicine is one of the areas in which it is changing things rapidly with much more to come.

Dr. Eric Topol wears many hats.  He is a cardiologist, a professor of genomics, director of the Scripps Translational Science Institute at Scripps Research in La Jolla, California.  Dr. Topol has written a book entitled, “Deep Medicine” about our broken health care system and the promise that artificial intelligence has in restoring balance to the system.  Dr. Topol notes the focus of today’s medicine on moving patients through the system rapidly and in great numbers to generate the income needed or wanted to keep the whole thing afloat.  Doctors must see more and more patients, which means they can devote little time to each to the detriment of both of them.  The physician-patient relationship, which is the basis of medicine, has been greatly damaged.  Medical errors abound.  According to Dr. Topol, one quarter of all deaths in this country are due to medication errors.  Something has to give. 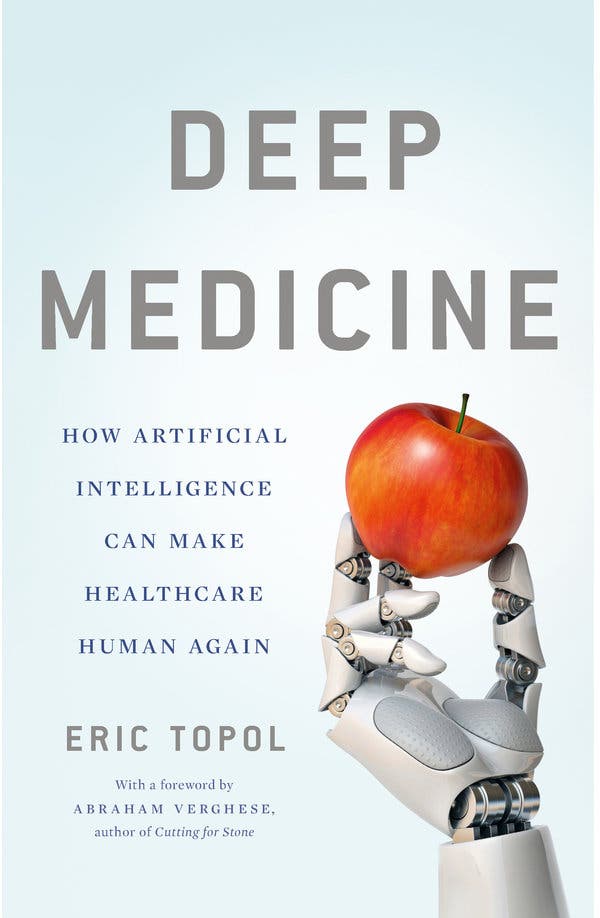 Artificial intelligence has the capability of crunching huge data sets, reading x-rays, interpreting blood work, correlating patient symptoms and test results and doing a whole host of other things to make medicine more accurate and more personal to the patient.  It will also free the physician from mundane tasks and allow her to connect again with the patient.

Dr. Topol recently told a story about using portable ultrasound technology on his smart phone.  He says he was having abdominal discomfort so he got out his phone and imaged his abdomen.  He saw an enlarged kidney and concluded that he had kidney stones.  He went to the emergency department and told the doctor that he had kidney stones and that he had made the diagnosis using his smart phone.  He says the ED physician looked at him like he was a space alien and ordered a CT.  The CT, which cost $3,000, showed the presence of kidney stones.  Dr. Topol’s phone had provided the necessary diagnostic information for free.  The smart phone is one example of using technology to empower patients.

The good Lord knows that our health care system needs help.  We spend more than any other country in the world on health care but get health outcomes that are far below those of other advanced countries.  Everybody makes money but the care is often not good.  Malpractice occurs regularly but is often swept under the rug or hidden behind the curtain of secrecy.  While artificial intelligence also presents risks, such as privacy concerns or poorly constructed algorithms, it also has great promise to make medicine more efficient and more personalized.