The Sad State of Our Medical Malpractice Laws

The other day I spoke to another person who was devastated by the death of a loved one due to medical malpractice.  The woman to whom I spoke was a nurse herself and very knowledgeable about the medical care her mother received and how it differed from the care she should have received.  She was understandably disappointed when I told her that I would not be able to bring a medical malpractice suit for her mother’s death.  She knew her mother was the victim of malpractice and could not understand how the hospital was going to be able to get away with causing her mother’s death.  Sadly, this is not an uncommon story. 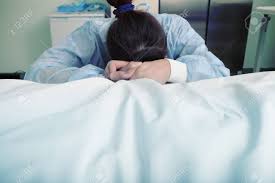 Despite the claims made in the publicity campaigns waged by the doctors and their insurers, the courts are not flooded with frivolous medical malpractice claims.  To the contrary, many victims of clear medical malpractice are not able to get justice.  They either cannot find a lawyer to represent them or, when they do, cannot persuade a jury to find in their favor.  Accordingly, the number of malpractice filings have been dropping nationwide for decades.  Why is this the case?  The answer is complicated.

In the first place, the doctors and their insurers have been very successful with their publicity campaigns.  People admire and respect doctors.  They are often civic leaders.  They do a lot of good and most are caring people trying to do the right thing.  So when doctors say that they are the victims of frivolous claims and are being driven out of business by those claims, people listen and believe.  It affects their decision making when they are called to jury duty.

Not content just to try and influence public opinion, doctors and their insurers have spent a lot of money lobbying Congress and state legislatures to enact laws limiting the ability of patients and their families to bring lawsuits.  They call their efforts “tort reform,” as though there is a problem that they are trying to fix.  While they have not been successful in getting national laws limiting malpractice suits, they have been much more successful on the local level.

In many states, the legislatures have imposed caps on non-economic damages.  This means that if a young mother, who was not employed outside the home, is killed by medical malpractice, the amount of money her husband and minor children can recover is limited to the amount of the state cap.  These caps were never generous to begin with and, to make matters worse, have usually not been raised since they were initially imposed, despite the effects of inflation.

In some states, like Arizona, the state constitution prevents the imposition of caps or, as in some other states, the state Supreme Court has found them to be unconstitutional.  Even in those states, however, the legislatures have found ways to make it difficult for those injured by medical malpractice to be successful in court.  In Arizona, for example, the legislature has passed a number of laws that apply only to medical malpractice cases.  Each of them has had its desired effect of either making it more expensive for a patient to bring suit or reducing the amount the patient can recover, if they do bring suit and win.

So when I speak to bereaved family members like the nurse who lost her mother, I know that any case I file on her behalf will be expensive.  I will have to locate and retain expert witnesses, often physicians themselves, to testify prior to trial and at trial.  I will have to pay these experts out of my own pocket and only get reimbursed, if I am successful in getting either a settlement or a verdict at trial.  The total of the checks I write is almost never less than $50,000 and can be substantially more than that.

In addition to reimbursing myself, if I am successful, I have to charge a fee.  When you add the fee to the reimbursement for the checks I have written, you can see that a case in which the jury is not likely to award more than $300,000 just doesn’t make economic sense.  Patients whose injuries are not tragic and permanent are pretty much excluded from participation in the system.  That is wrong.

There is nothing more tragic or permanent than death but I was still not able to take this nurse’s case.  Why not?  The answer is that juries do not want to believe that doctors and hospitals kill and injure people.  Even when the malpractice is clear, juries often turn away.  For that reason, defendants in medical malpractice cases win 85% to 90% of all cases that go to trial across the country.  Only in those cases in which the evidence of malpractice is crystal clear and the injuries tragic, is there even a remote chance the patient will win.  In the case of the nurse who lost her mother, the evidence of malpractice was not clear enough and her mother was an older person.  Juries just expect older Americans to have lots of health problems and further expect that many of them will die from those problems.  Juries are reluctant to hold doctors and hospitals responsible when older patients with lots of health care problems die.

There has to be a better way.  There should be a system in place that fairly assesses the facts and compensates those who have been the victims of medical malpractice.  As it is now, the system works for pretty much everyone but the patient.  If there is anything more backwards than that, I don’t know what it is.