Florida is one of the states in which the state legislature fell for the argument that there was a medical malpractice crisis that required taking away the rights of patients in order to protect doctors, hospitals and their insurance companies.  Millions were spent lobbying the legislature and, for those seeking special treatment at the expense of their fellow citizens, it was money well-spent.  Florida passed a number of laws which restricted patient rights in an attempt to end the “crisis.” 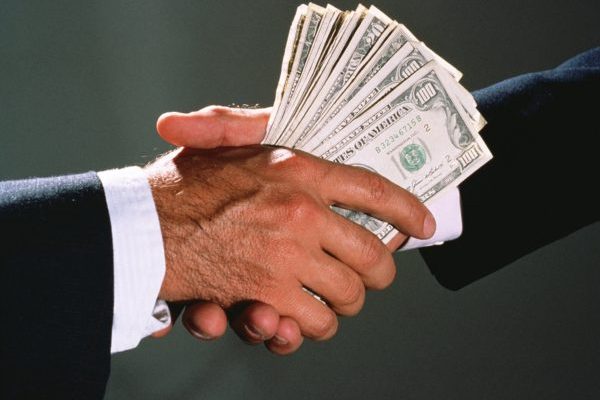 One of the laws prohibited the adult children of people who died because of medical malpractice from seeking damages arising out of the death of their parent.  These damages continue to be allowed in Florida in cases that do not arise out of medical malpractice.  To be clear, only when it could be proved that a parent died because of medical negligence would this law come into play.  It basically tells the adult children of these malpractice victims that their losses are not worthy of compensation and they should just suck it up for the good of the rest of society.

Recently, the two adult daughters of a woman who was alleged to have died because of medical malpractice brought suit to recover for their emotional losses arising out of their mother’s death.  They contended that the statute eliminating their claims, while allowing similar claims in other death cases, violated the equal protection of the laws guaranteed by the Florida Constitution.

The case was on its way to the Florida Supreme Court when, out of the blue, the daughters announced that they were withdrawing their appeal and dropping the case.  They offered no explanation for their decision.  This means, of course, that the Florida Supreme Court will not be deciding whether there is still a malpractice crisis that supports the statute.  The state law will remain in effect.

So, what happened?  The clues suggest only one answer.  The insurance company for the doctors being sued paid off the daughters so the Supreme Court could not hear the case and decide whether to keep the statute or hold it unconstitutional.  As is always the case, the insurance company would have required the daughters to agree not to disclose the fact of payment or its amount as part of the settlement.  Whatever amount the insurance company paid, it was a lot less than it would have had to pay in the future defending cases brought by adult children and in damages, if those adult children won at trial.  This was probably a very smart move by the insurance company but it deprived the people of Florida of their opportunity to have the Supreme Court reconsider the constitutionality of this law.

The situation in Florida is similar to that in many states.  The medical industry floods the legislature with money and tales of a “crisis” that is driving doctors out of the state and the legislature passes statutes “reluctantly” taking away patient rights “for the good of the state as a whole.”  The “crisis” is usually nothing more than the regular stock market cycle.  When the stock market goes up, insurance companies invest the premiums they receive and receive income from those investments.  They can, and often do, reduce premiums to encourage growth in the knowledge that they are making money on the invested premiums.  When the stock market drops, the insurance companies, which are no longer getting big returns on their investments, raise premiums to compensate for the decrease in income.  This is the perfect time to go to the legislature and complain that malpractice suits are out of control and are the reason for the premium increases.

Even worse is the fact that once those statutes are on the books, they are zombies.  They never die.  They stay on the books long after the alleged crisis has passed.  California is a good example.  In 1975, 45 years ago, the legislature passed a law capping non-economic damages for medical malpractice victims at $250,000.00 in response to a malpractice “crisis.”  Over the years, the health care industry has been successful in opposing any change in the cap number, despite the fact that $250,000.00 in 1975 is worth almost $1,200,000 in today’s dollars.  What was unfair in 1975 is even more unfair today but the law lives on and on and on.  Don’t let this happen in your state.