I have written from time to time about the priority our health care system gives to making money.  The most important goal for our health care system should be addressing the health issues of the patient.  Instead, making money is often the most important goal, at least if we are to judge priorities by the way the system is set up and operates.   Not only are patients harmed by this emphasis on profit, so are the doctors themselves. 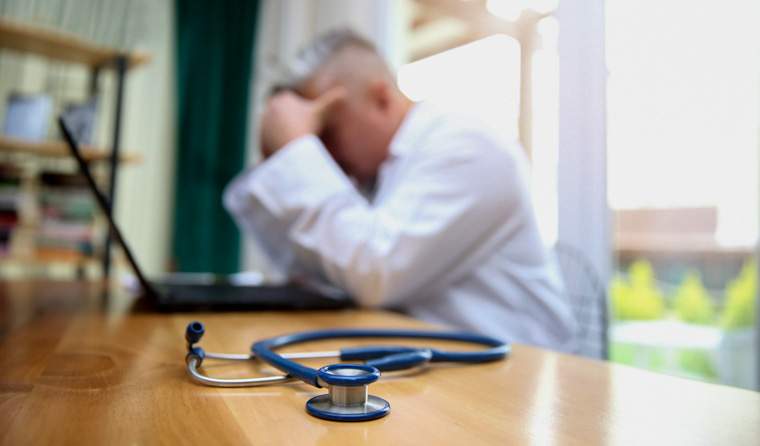 Most doctors are caring people who entered the medical profession to help people.  When they find the health care delivery system’s emphasis on profit preventing them from helping their patients or actually injuring their patients, they suffer what psychiatrists call “moral injury.”

The term “moral injury” derives from the military where it was coined to describe the emotional and physical injury suffered by a soldier after committing or observing or failing to prevent acts which run against their deeply held moral beliefs.

Moral injury is what doctors feel when, for example, they see their patients being charged for services they don’t need or when the system actively prevents them from delivering the care they know their patient needs.  The result is burnout and it causes the most caring and sensitive to leave the medical profession altogether.  Almost half of physicians report feeling burnout and the suicide rate among physicians is twice what it is among the general population.

The health care system’s drive for profit is seen in many ways.  It is very apparent, according to physicians, in the emergency department.  In many emergency departments, a physician acts as a triage person, deciding who needs to be seen when and ordering tests.  The triage physician may only see the patient for a few minutes, leaving more thorough examinations and assessments to other doctors who will see the patient after the patient leaves the waiting room.

By using a physician as a triage person, many hospitals are able to charge a facility fee that they cannot charge until a person is seen by a physician.  The tests that the triage physician orders may turn out to be completely unnecessary once a more thorough history is taken and even a basic physical examination is performed.

Many emergency department physicians leave the emergency department because they can no longer be a part of what they consider to be an operation in which making money takes precedence over patient care and which leaves many patients with unnecessarily large medical bills.

I can sympathize.  It must be hard to know what your patient needs and how to help that patient but to be prevented from doing anything about it by a system that more about making money than it is about patient care.  We deserve a better health care system but with the big money involved in health care today and the lobbying power that buys, a better future is a long way off.