Sometimes Doctors Bite Off More Than They Can Chew. - Sandweg & Ager PC

Sometimes Doctors Bite Off More Than They Can Chew.

I recently read an interesting summary of a medical malpractice case in which the doctor overextended himself and one of his patients died.  The lesson for doctors, which should apply to all the rest of us as well, is don’t let yourself get backed into a corner where you won’t have the ability to respond to developing problems. 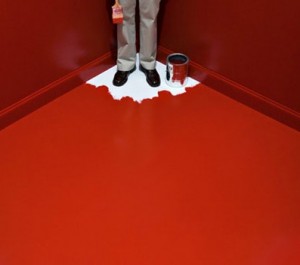 Our anesthesiologist was smart enough to recognize the potential for a problem.  If something went wrong with the older patient after the anesthesiologist was in the caesarian section, there would be no one to respond.  He asked about moving the surgeries so the section would go first but did not follow up and the surgery on the older patient went first.

The intubation was difficult as anticipated but the anesthesiologist was able to accomplish it.  The surgery lasted about an hour but when the patient arrived in the recovery room, he was unresponsive.  The anesthesiologist ordered some medications and attempted to reintubate the patient.  This time he could not complete the intubation and placed a laryngeal mask airway (LMA) and hooked it up to a ventilator.  An LMA is not as effective at delivering oxygen to the lungs as an endotracheal tube.  After placing the LMA, the anesthesiologist left the patient in the care of the nurses in the recovery room and went to do the caesarian section.

The older patient’s family sued the anesthesiologist for abandoning his patient and the case settled.

The moral of the story is not to let yourself be painted into a corner.  Even though the surgery on the older patient was over, the anesthesiologist had a continuing duty to his patient to care for him until he was out of trouble.  Once the anesthesiologist left the older patient to begin another surgery, he created a situation in which he would not be able to care for his patient, if he deteriorated further.  He knew when he started the c-section that there was no one else available to take over the care of his patient or to replace him in the c-section so he could return to his patient.  He also knew there was a risk that his older patient would deteriorate and need his assistance.

This type of sequential surgery is not all that uncommon and most often doctors are able to get away with it.  When the inevitable catastrophe occurs, however, patients sometimes die.  Whether this conduct on the part of the anesthesiologist was driven by money or was just the product of poor judgment, he failed his patient and deserved to be sued.