The telehealth revolution is either coming or it is already here.  It depends on whom you ask.  Regardless of whom you ask, they will be quick to tell you that more is on the way.  As with any fast-growing field, there are many problems and many unanticipated consequences. 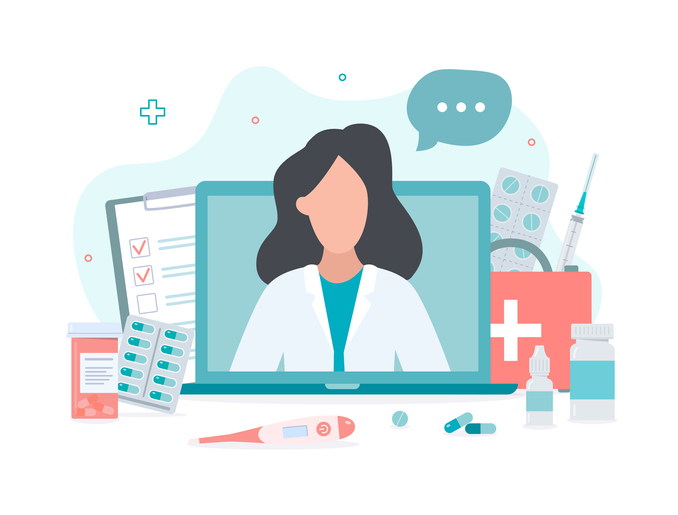 A number of states changed their rules because of the Covid-19 pandemic to allow increased use of remote technology to deliver medical care.  The idea was that the pandemic was keeping many people at home, including those who needed medical care.  Even those who were willing to go out a little were reluctant to go to the doctor’s office.  Doctors needed to keep seeing patients but were reluctant to expose themselves and their staffs to infection.  Even in the absence of pandemic-related changes in behavior, there are many communities in which good healthcare is not regularly available.

The answer many states chose was to loosen the rules and to permit doctors and other healthcare providers to interact with patients who were sitting in front of their computers or looking at their phones from home.  The response was so strong and generally received so positively by the public that there is great pressure to make the changes permanent.

As those of you who are regular readers of this blog know, the availability and quality of healthcare in this country is largely driven by our old friend, money.  Residents of big cities get lots of hospitals and doctors.  Residents of small towns in the countryside get fewer doctors, fewer medical specialists and smaller hospitals that offer fewer services.

Not only are the best hospitals found in the big cities, most of the top doctors are found there too.  Small towns often get what is left when it comes to doctors and some can’t get any doctors at all.

Telehealth or telemedicine is supposed to be a cure for this disparity.  Everyone with a computer can have access to the best doctors.  If you need an operation, you may still have to go to the hospital but most other care can be delivered from long distance.

Money is also the root of many complaints about telehealth.  Doctors are territorial.  They want to protect their turf from interlopers.  They have often spent a lot of time building up their practices and cultivating referral sources among the other doctors in the region.  This goes out the window when someone from another city, or perhaps even from another state, can solicit their existing or prospective patients.

As with brick and mortar stores that have difficulty competing with on line sellers of the same product, local doctors who must maintain physical offices are at a financial disadvantage when competing with a doctor or provider who only has an on line presence.  The frenzy that accompanied on line sales is now beginning to envelop telehealth for all the same reasons.  There is money to be made.

Every new technology is disruptive to one extent or another.  Telehealth is a good example of such disruption.  Be careful how you use telehealth while the kinks are being worked out.  For that matter, always be careful, even when it appears the kinks have been worked out.