The Truth About Medical Malpractice Juries

It is an article of faith among doctors that medical malpractice juries are anti-doctor, incompetent to resolve medical questions and overly generous to patients who bring lawsuits.  They have been making the same complaints for the last 50 years at least.  As someone who has been trying cases for almost 50 years, in the old days on behalf of doctors and hospitals but for the last 35 years on behalf of injured patients, I can say with confidence that almost exactly the opposite is true.  This is not just my opinion.  Almost every well-researched study of malpractice juries over the last 30 years has reached the same conclusion:  malpractice juries are skeptical about patient claims, have favorable views about doctors, and do about as good a job resolving medical disputes as do medical professionals. 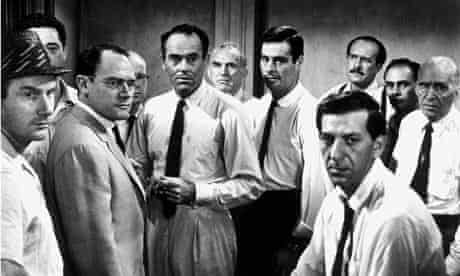 The role of the malpractice jury has frequently been the subject of study by legal analysts.  They have approached the subject in many different ways, which should give us greater confidence in their conclusions when they find the same thing over and over no matter how they approach it.

Let’s start with the simple fact that doctors win about 8 of every 10 cases that go to trial.  This is as true in Arizona as it is in most of the other jurisdictions around the United States.  It is hard to understand how this can be so if juries are as anti-doctor as physicians believe.  In fact, when researchers have questioned jurors about their attitudes towards doctors, they have found them to generally view doctors favorably.  Jurors believe doctors try to help people and that they should not be held responsible for minor mistakes.  As one juror explained to my old partner about why the jury returned a verdict in favor of a doctor when the evidence of malpractice was very strong, “Well, he wasn’t drunk.”  Regardless of the jury instructions, this is a good example of the degree of fault many jurors require before they will find against a doctor.

Doctors claim that jurors give away too much money.  In fact, juries are very skeptical about all injury claims, and especially medical malpractice injury claims.  Juries almost universally think other jurors have given away too much money in the past.  They are determined not to let someone have something for nothing.  They are wary of plaintiffs whom they see as coming into court with their hands out.  If you want a substantial award for your client, you had better be sure that she or he has a solid, objective injury with significant permanency.

What about the argument that juries are incompetent to resolve disputed medical issues?  This claim has also been repeatedly debunked in a number of different ways.  One study interviewed trial judges while the jury was out deliberating.  In most of the cases, the trial judge’s analysis of who should win the case was the same as the subsequent jury verdict.  In other studies, medical doctors have reviewed closed medical malpractice insurance company files to see how the system was working.  The doctors assessed the negligence in each case as either no negligence, weak evidence of negligence or strong evidence of negligence.  They found that only rarely did a jury award money in a case where the doctors did not think there had been negligence.  To their surprise, they found that the jury often returned a verdict for the doctor, even when they believed the evidence of negligence was strong.

If confronted about these studies, many doctors will point to the stories in the news about large verdicts as proof that runaway juries are common.  Again, not true.  As anyone who tries cases knows, you are not trying them to the jury.  You are trying them to the judge and the jury.  If the judge thinks the jury awarded too much money, the judge can reduce the award or order a new trial for the defendant.  Trial judges often use this authority in the months following a big verdict but it rarely makes the headlines that the verdict itself did.  Regardless of whether the trial judge gave the doctor relief from a large verdict, the threat of an appeal is usually enough to induce the successful plaintiff to agree to accept less than the verdict.  The truth of the matter is that large verdicts almost never end up being paid.  They either result in reduced verdicts, a new trial or a compromise settlement before, during, or after appeal.

There is lots of malpractice out there.  Many patients are hurt by it and some are badly hurt or killed.  For a variety of reasons, few patients injured by malpractice ever make a claim.  Only a few of those who make a claim ever receive any compensation.  The system favors doctors, whether they realize it or not.  Instead of looking at the facts, it is easier for doctors to continue to claim that juries are unfair to them and use that to demand politicians do more to protect them.   When the politicians go along with them, and they often do, the system becomes even more unfair for injured patients.