The “Just World” Phenomenon and the Malpractice Jury.

The “just world” phenomenon is the name given to the tendency of human beings to believe that the world is just and that people get what they deserve.  It is a form of cognitive bias.  We all have this tendency to a certain extent, with some believing it more strongly than others.  We want to believe the world is fair.  We want to believe that if we work hard and follow the rules, we will be rewarded, or at least not punished.  It doesn’t always work out that way, of course.  Bad things sometimes happen to good people.  Bad people sometimes seem to be the big winners in life.  Confronting the unfairness of life presents us with hard-to-resolve emotional conflicts. 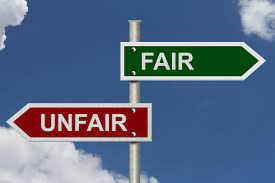 Malpractice jurors are almost always called upon to confront an unjust world in which an innocent patient has been seriously injured.  Jurors who believe in a just world have a hard time finding in favor of such patients.  The stronger their belief in the fairness of the world, the more difficult it is for them to return a verdict for the patient.  If bad things can happen to good people, then bad things can happen to them or their families, even if they follow all the rules and live good lives.  It is hard to be optimistic about life, if you believe that everything is just a matter of chance.  It is much more reassuring to believe the world is fair.

Here is where the cognitive bias comes in.  If the world is fair, then there must be a reason this patient suffered a serious injury.  There must have been something the patient did or didn’t do, which brought this injury on her.  In a malpractice trial, there will be no shortage of suggestions by the attorneys representing the doctor about what the patient did or didn’t do that helped cause the injury.  Malpractice defense attorneys are some of the best trial lawyers around.  They know all about cognitive bias.  They know how successful blaming the patient can be as a trial strategy for a doctor who has committed malpractice.  They spend a lot of time before trial thinking up ways to blame the patient.

Sometimes the suggestions by the defense attorneys are well-reasoned and sound.  Sometimes they are ridiculous.  However, regardless of whether they are sound or ridiculous, they are still attractive to a juror trying to reconcile the need for the world to be fair with the injury to the patient.  If the terrible injury was somehow the patient’s fault, then the world is working in a fair way and you can’t blame the doctor for the patient’s injury.  Now the juror can go home and sleep peacefully, secure in the knowledge that the world is a fair place and nothing terrible is going to happen to his family.

Looking at it another way, no juror wants to believe that doctors make mistakes that kill and injure innocent patients.  Jurors want to be able to trust their doctors.  It is far more reassuring to conclude that the patient is somehow at fault for her injury.

There are many other cognitive biases out there that affect the way jurors hear the evidence and how they decide cases.  You need a lawyer who understands these things.  The deck is already stacked against patients who have been injured by doctor or hospital malpractice.  Don’t trust your case to someone who hasn’t proved their ability in trial.  If you have an experienced trial lawyer, the deck will still be stacked against you, but you will have given yourself the best chance to win.