“I Made A Mistake Which Injured You.” - Sandweg & Ager PC

“I Made A Mistake Which Injured You.”

This is not a statement a doctor is very likely to make, even though there is an ethical obligation to be honest with patients and to make sure medical records are accurate.  Sadly, the way our system operates, there are strong incentives for doctors to keep quiet and strong disincentives for doctors to speak up.  The fact that most malpractice is deliberately hidden has profound consequences for the health care system as a whole and for the patients who are the victims of malpractice. 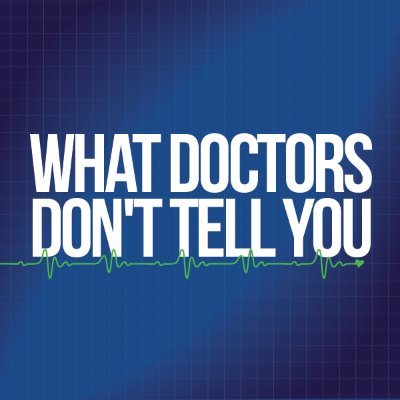 There are very few good reasons for a doctor to admit to a mistake.  There are no gold stars given out at the hospital or at the medical board for honesty.  Although both medical ethics and hospital rules call for mistakes to be reported, almost no one does unless forced to do so.  On the other hand, there are lots of reasons to keep your mouth shut and hope no one discovers what really happened.

Here is a great example of this principle in action.  Patient undergoing cataract surgery wakes up with a cut on his forehead.  He asks what happened.  At first no one will answer.  Finally, when pushed, the surgeon tells him that there was a “little incident” and that he had a reaction to the anesthesia.  He gets his medical records and everything is recorded as having gone well.  No problems with the anesthesia or the surgery either.  Of course, a reaction to the anesthesia is not going to cut your forehead.  The curtain of silence was drawn and no one would admit anything more.

I recently read a story about a surgeon, who reported concerns he had about the way the anesthesiologists at his hospital were delivering care.  The hospital forced him out and it took him four years of fighting to get his hospital privileges back.  A doctor, who did the right thing, who put patient safety first, who fulfilled his ethical responsibilities, who brought problems to  light, and who should have been congratulated instead lost much of his livelihood, was embarrassed and had to spend a lot of money and time getting his privileges back.

A nurse in Tennessee who admitted that she had given the wrong medication to a patient, which resulted in the patient’s death, was charged with manslaughter and convicted.  Her own admissions were used to convict her.  Had she kept her mouth shut, she probably would not have been prosecuted.  She worries that what happened to her will discourage others from admitting mistakes and that no one will learn from her error.  Given what happened to her and the wide publicity her case was given, I expect that a lot of people in medicine learned one very valuable lesson:  Never admit anything.

In almost every medical malpractice case I have ever filed, the doctor always says the same two things:  (1) “I didn’t do anything wrong.” and (2) “Whatever I did or didn’t do made no difference to your health.”  Doctors say this even when what they did wrong is so clear they cannot find another doctor willing to testify on their behalf.  And let me assure you that there are doctors out there who will bless almost anything.  You have to have really screwed up when you can’t find another doctor to go to bat for you.

It is sad that our system encourages doctors to lie about what they did and to shirk responsibility for their conduct.  It is sad that the doctors who admit their mistakes are considered to be suckers.  Juries favor doctors so much in these suits that, even when the evidence of error is strong, the jury usually finds in favor of the doctor.  Juries don’t want to believe doctors make mistakes that kill and injure people.  It is easier to believe that sometimes bad things happen through no fault of the doctor.

Maybe some day doctors can live up to the ethics they all claim to believe in.  Until that day arrives, however, I will be forced to continue to listen to doctors try to evade responsibility for their actions and patients who have been the victims of doctor’s mistakes will continue to be sent home with nothing by juries who want to believe in doctors.