I recently wrote about the loopholes in the FDA’s medical device approval process and how very few medical devices are subjected to rigorous scrutiny before being approved for use in patients.  Here is another example of the price we pay, both figuratively and literally, for this lax oversight. 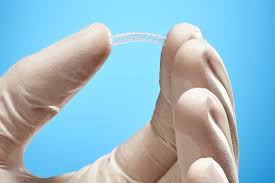 In 1986, heart surgeons placed the first coronary artery stent.  The stent is a cage which is expanded in the coronary artery to assure good flow through an area of narrowing.  In theory, it improves the blood flow, reduces the likelihood of a heart attack caused by restricted flow through the coronary artery, and reduces the pain associated with angina, the name given to pain due to inadequate blood flow to the heart.  The typical cost of a stent is between $10,000 and $40,000 depending on the location of the patient, the type of stent placed and the length of hospital stay following the procedure.  Somewhere around a million stents are placed each year in the United States.

Clearly, doctors, hospitals, and stent manufacturers make a lot of money from the million stents placed each year.  They divide up somewhere around $25 billion every year.  In addition to the financial cost of the stent, there are risks associated with its placement.  To place the stent, an incision is made in the groin and the carrier is threaded up the artery to the heart where the stent is ejected into position and expanded.  There may be bleeding at the site where the artery was cut open.  There may be damage to the wall of the artery as the catheter is threaded through it.  There may be a reaction to the dye used in the procedure.  The heart may develop an irregular beat.

While stents were at first thought to be a great advance in the treatment of coronary artery disease, further study has shown that they are no better than medical treatment alone in preventing future heart attacks and in keeping patients alive.  Studies have even shown that the pain relief stent patients report is largely due to the placebo effect.  Heart stents are unnecessary.  They don’t do any better than less expensive, less risky medical therapy.  So why are we spending $25 billion dollars a year on a procedure that offers no benefit?  It’s the money, stupid.

History is replete with examples of discoveries which threatened someone’s money flow and which were ignored or attacked by those who were on the receiving end of the money flow.  This is another example.  Study after study has shown that stents are of little or no value but doctors keep putting them in and hospitals keep charging patients thousands of dollars to stay there during and after the procedure.  Stent placement in the catheterization lab is the only thing some doctors do and they get paid a lot of money to do it.  When there are billions at stake, when there are livelihoods at stake, people will fight tooth and nail to protect what they have.  It is not surprising that those who benefit from the current practice of stent placement, dispute or ignore the clear findings of the studies which show no benefit from coronary artery stents.

Medical ethics should force these physicians to stop doing an expensive procedure which places their patients at risk for no demonstrable benefit.  Since that is apparently not going to happen, we must rely, God help us, on the federal government and health insurers to stop paying for placement of coronary artery stents.  From the patient perspective, if someone tells you you need a coronary artery stent, remember they are trying to sell you something you may not need.  You should be skeptical and ask a lot of questions.