How would you like to be kept alive in a permanent vegetative state for a year just so your hospital can continue to make money?  That is what happened to at least one patient at a hospital in New Jersey and probably to others as well.  Their stories are horrible examples of doctors and hospitals gaming the system to keep the dollars flowing.  If you think this hospital and these doctors are the only ones doing this, you are incredibly naive. 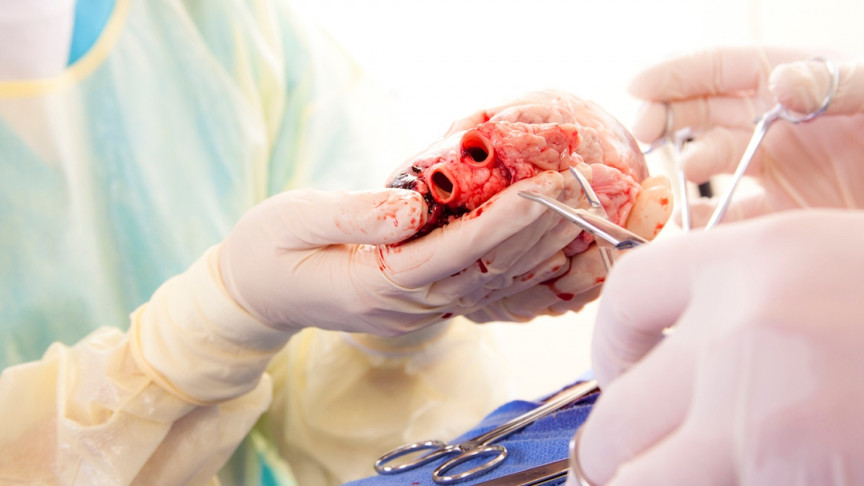 Darryl Young, 61, a veteran and former truck driver, needed a heart transplant.  After four years with a mechanical heart assist device, a heart finally became available and Mr. Young was scheduled for a transplant.  The operation was performed on September 21, 2018.  Although the surgery appeared to be a success, Mr. Young never woke up afterward.  No one knows why he never woke up.

Medical ethics require the doctors caring for a patient like Mr. Young to be candid with family members about the patient’s condition and what the future likely holds for him.  Mr. Young’s sister, who had his medical power of attorney and was his medical decision maker, says no one ever had this discussion with her.  Instead, when she asked why her brother had not awakened and whether he was going to awaken, the doctors told her they had seen patients like her brother wake up and be completely fine.  They never told her that he was unlikely to awaken and, if he did, that he would be profoundly impaired.

So what was going on here?  Why weren’t the doctors having a frank and candid discussion with Mr. Young’s sister about what the future held for him?  The answer, as it often is, is money.

The hospital where Mr. Young had his transplant, Newark Beth Israel, had some unexplained problems with patient survival in 2018.  Its survival rate was already around 85% at the time of Mr. Young’s surgery.  Were he to die, the rate would dip to around 81%, far below the national survival rate of 91%.  To put it bluntly, the doctors and the hospital could not let Mr. Young die.

To that end, they kept him in the hospital in the ICU.  They fought off all the infections, pneumonias and other problems that typically end the lives of patients in persistent vegetative states who are on ventilators.  They did not transfer him to a long-term care facility as they would normally have done.  He might die there.  They did not tell his sister what was going on with him or that he was unlikely ever to awaken or to function again.

ProPublica, an independent journalism site that investigates abuses of power, investigated the case of Mr. Young and that of other similarly situated patients at Newark Beth Israel.   It obtained tape recordings of doctors openly discussing the importance of keeping Mr. Young in the hospital and alive until his anniversary date.

This story has no happy ending.  At the time of the ProPublica report, Mr. Young was still alive.  As he reached the one-year anniversary of his transplant, the doctors at Newark Beth Israel decided that Mr. Young was finally well enough to be transferred to a long-term care facility.  A miracle, no doubt.  In the meantime, someone is going to have to pay for the transplant surgery and the year-long stay in the ICU.  This adds up to many millions of dollars that will likely be billed to Medicare so you and I will be the “someone” who gets to pay for this scam.