Defensive Medicine is a Fraud.

Defensive medicine is the name doctors give to the tests or treatment they admit are unnecessary but they order anyway out of what they claim is fear of being sued for malpractice.  It is an unethical fraud and the doctors who claim to be driven by fear of being sued are lying to themselves as well as to the public. 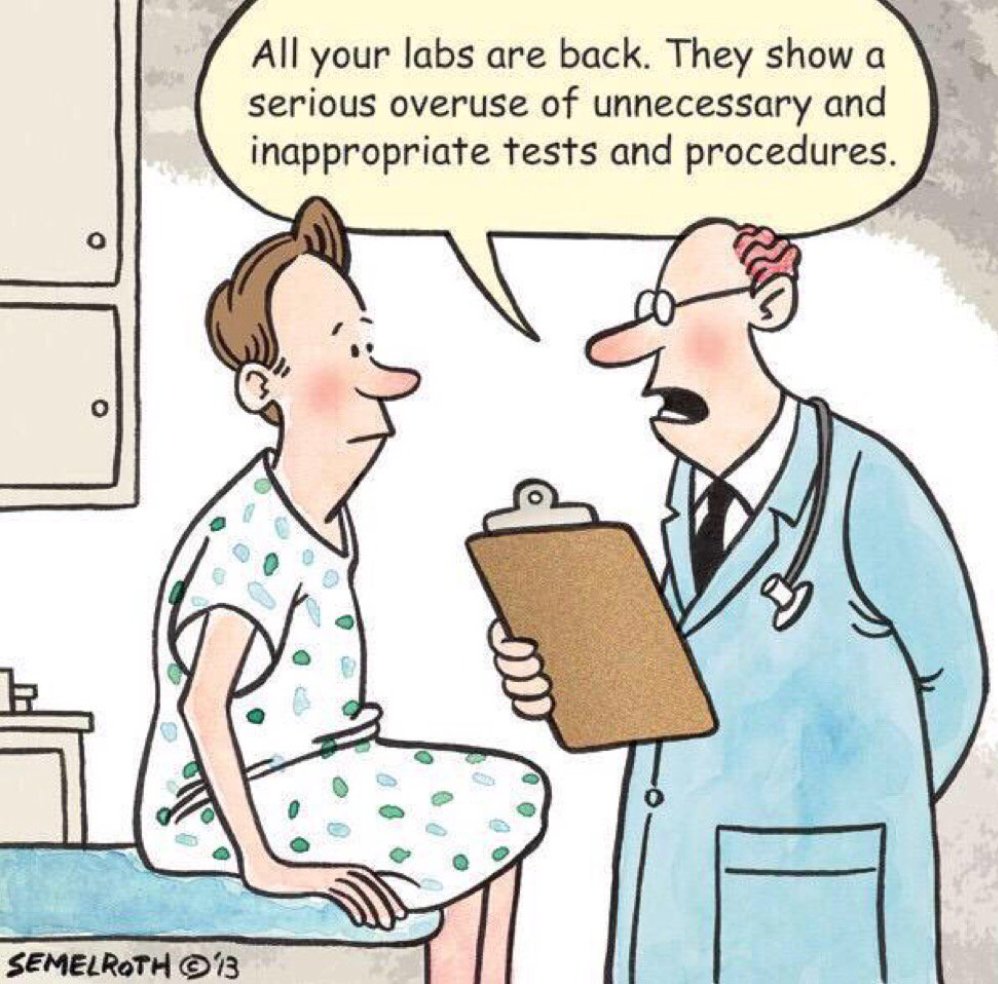 Another unintended consequence is that ordering every conceivable test harms patients.  Not only does it burden the health care system and their patients with unnecessary bills and charges, it puts patient health at risk.  Even the most carefully performed test exposes the patient to some risk.  A blood draw opens the door to infection.  An x-ray increases the risk of excessive radiation exposure.

Additionally, every test creates the risk of a mistaken interpretation.  The chest x-ray may show a cancer that goes unnoticed.  A blood test may show an alarming increase in an enzyme indicating the presence of disease that is overlooked by the doctor.  The most common allegation of malpractice is the missed diagnosis.  The more tests that are performed, the more likely it is that something will show up and be missed and that the doctor will be sued for missing the diagnosis.

Of course, not all test results are conclusive.  That density on the chest x-ray may be cancer or it may just be a shadow caused by the way the patient was positioned.  We can’t be too careful so now we have to do follow up studies and may even have to do a biopsy.  More risk to the patient.

Even when the test result is clear, it can be wrong.  It may be a false negative, which may expose the doctor to liability for a missed diagnosis.  Alternatively, the test may come back with a false positive, as many do.  This means that our patient, who is healthy, now ends up being treated for the disease the unnecessary test incorrectly said she has.   It is never good to be treated for a disease you don’t have.  Unfortunately, unnecessary treatment is a common result of the practice of defensive medicine.

Doctors, who profess to live by the Hippocratic promise to “first do no harm,” should look at the harm to their patients caused by their practice of defensive medicine and give it up.  On the other hand, it is easier and more profitable to just keep claiming that defensive medicine is all the fault of the lawyers and the legal system.  Doctors are not likely to give up defensive medicine without a fight.