Hospital Pricing is Crazy and Unfair

If you want an example of why we in the United States pay more per capita for health care than anyone else but don’t get much for our money, look no further than the data being reluctantly released by hospitals about the different prices they charge for the same medical procedure.  You can find a good analysis in last week’s Wall Street Journal.  Here is an on line link.  Here are some important takeaways from the story, all of which I have seen before and many of which I have written about before. 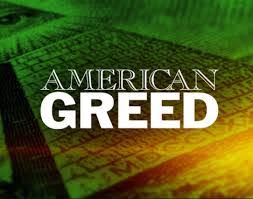 Hospitals charge wildly different rates for the same procedure.  In response to a rule, which they opposed bitterly, hospitals have begun to disclose the prices they charge Medicare, Medicaid, various health insurance plans and uninsured cash payers for a laundry list of procedures.  Once you take a look at the data, you can see why the hospitals fought so hard to keep you from seeing it.

The Wall Street Journal article looked at the charges for four different procedures at a large, Northern California, chain.  Medicare and Medicaid plans paid the lowest rates.  Next came private insurance companies, almost all of which had negotiated a rate with the chain.  The highest charges were for insured patients whose plans did not include the hospital chain, the dreaded “out of network” charge.  Uninsured cash payers had to pay about 60-70% of the “out of network” charge.

The hospital pricing system is inefficient and anti-competitive.  The Journal study and many others have found that hospitals do not set their prices on the basis of what it costs to perform a procedure.  They don’t do that because, in almost all cases, they don’t even know how much it costs to perform the procedure.  They set prices on the basis of how much profit they want to make at the end of the year and what the market will bear.  When they want to increase profits, they don’t reduce costs like every other industry; they just jack up the prices.  Almost no other American industry has so little clue about its costs or could get away with just raising prices whenever it chose.  Because hospital rates have been secret, the industry has been able to get away with this practice for years.

Market consolidation leads to higher charges.  Hospital chains have been buying up other chains and buying doctor’s practices as well.  They claim to be doing this in the name of efficiency.  In truth, there has been very little sign that these larger chains are any more efficient but they are able to use their larger size to force higher charges on the insurance companies in their area.  If there is nowhere else for an insurance company to send its patients, it has to pay what the hospital chain demands.

We need something new.  The problems with pricing arise in part from secrecy, which affects the ability of payers to negotiate fairly, and market share, which gives the large hospital chains too much leverage.  As you can see from the numbers, when the payer has power, as does the United States when it sets Medicare and Medicaid rates, the price charged is far less than when the hospitals can push the other side around.  We all pay by way of increased health insurance premiums for the vast sums flowing into hospital bank accounts.  According to federal figures, our spending on private health insurance premiums rose 50% over the last 10 years.  This is crazy and unsustainable.  The requirement that hospitals disclose their rates is a good, but small, first step toward fixing our broken system.  We need to do more.  We need to keep moving toward universal health coverage for all Americans.