Another Volley In The Alcohol Is Good/Bad For You War. - Sandweg & Ager PC

Another Volley In The Alcohol Is Good/Bad For You War.

There is an old adage, often attributed to Benjamin Franklin, that beer is proof God loves us and want us to be happy.  To the extent that old Ben offered an opinion on this issue, he was probably talking about wine and not beer.  No matter.  That saying always resonated with me.  I love beer and wine and have taken comfort over the years in the reports of studies that say moderate drinking is good for you.   Sadly, not all studies of the effects of alcohol agree on its merits.  Not only do some studies disagree that moderate alcohol intake is good for you, they claim that almost any amount of alcohol is bad for you. 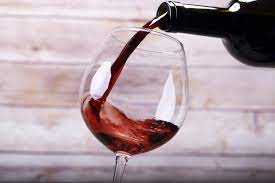 Alcohol has been around almost as long as people have been walking upright on the face of the earth.  While the historical record is not very detailed about exactly when alcoholic beverages were first produced, many researchers believe that the alcohol was discovered by early man in naturally fermented fruits and then reproduced.  Some of the earliest documented traces have been found on pottery shards from China believed to be over 9,000 years old.  Chalk up another first for the Chinese.  Similar evidence has been found in Iran dating back 7,500 years, in Egypt and Babylon going back 5,000 years, and in ancient Mesoamerica going back 4,000 years.  Suffice it to say, alcohol has been with us for a long time in various forms and has probably been discovered over and over again in many places and at many times.  Its very persistence is a sign of its power and pleasures.

We don’t need rigorous academic studies to tell us about the potential harms associated with the abuse of alcohol.  They are plainly visible everywhere we look.  What people are arguing about is whether moderate intake of alcohol is good or bad for us.

Moderate intake of alcohol is generally considered to be one drink a day for a woman and two for a man.  Above that level of intake, there is general agreement that the risks outweigh the benefits and the greater the amount consumed, the greater the risks.

There is a demonstrated relationship between moderate intake of alcohol and a reduced risk of coronary artery disease.  Moderate intake appears to be good for the heart and the circulatory system.  It also seems to provide some protection against Type 2 diabetes and reduces the risk of an ischemic stroke in the brain.  In addition to these health benefits, alcohol provides some stress reduction, improves digestion and facilitates some social interactions.  That’s pretty much it for the good effects.  The list of the bad effects is much longer.

Excessive alcohol hurts the liver and the kidneys.  It raises blood pressure.  It increases the risk of certain cancers.  It precipitates weight gain.  It increases the risk of accidents and of sudden death for those with pre-existing coronary artery disease.  It can lead to malnutrition and accelerates the aging process.  It may cause brain damage in unborn children.

The latest study, and the one which prompted this blog post, is from Great Britain.  Using biological data for over 35,000 Britons, the researchers found that even small amounts of alcohol were associated with loss of gray matter in the brain and interference with the white matter structure of the brain as well.  These changes are known to cause thinking and memory problems.  Another of the discoveries was that for an otherwise heathy, middle-aged person, increasing intake from one drink per day to two had the effect of aging the brain by two years.   Increasing to three drinks a day aged the brain 3.5 years.  Further increases had an exponential effect on the brain and the body.  Bottom line is that even a little alcohol is probably bad for you and a lot of alcohol is really bad for you.

We all have to make our own decisions about how to handle alcohol.  Many doctors recommend that if you do not already drink alcohol, don’t start.  For those of us who do drink alcohol, we need to be mindful of its risks and to be moderate in our intake.  While it may be healthier not to drink at all, life without alcohol would definitely be less enjoyable.