There are predators in the medical profession.  The profession is unable or unwilling to root them out.  The doctor I writing about today was proven to have preyed on vulnerable women in Southern Virginia for at least ten years between 2009 and 2019.  He almost certainly preyed on them for much longer than that.  He never should have had the chance.  As early as 1982, he lost his privileges at a local hospital for “poor clinical judgment” and for performing unnecessary surgeries.  His license to practice medicine was temporarily revoked in the 1990’s but reinstated in 1998.  How in the world was this man allowed to continue to practice medicine when he was a known predator?  His story is sadly one which is repeated over and over.  Patients deserve better. 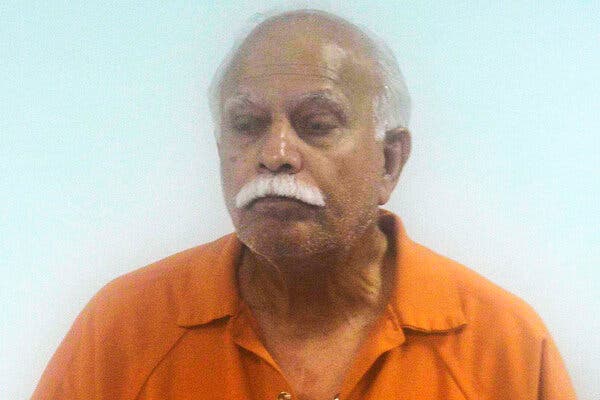 Dr. Javaid Perwaiz was an obstetrician and gynecologist who performed surgery on his female patients in the Norfolk area of Southern Virginia.  Apparently, Dr. Perwais was not satisfied with only performing the surgeries his patients actually needed.  To produce additional income, Dr. Perwais told some of his patients that they had cancer when they didn’t or that they would develop cancer, if they did not allow him to operate on them.

He kept many of his patients in the dark about what surgeries he was performing on them.  Hospital personnel became concerned when some of his patients told them they were at the hospital for their “annual clean out.”  Some women who were having difficulty getting pregnant after having had surgery performed by Dr. Perwaiz discovered that he had performed sterilization procedures on them without their knowledge or consent.

In addition to victimizing his many patients, Dr. Perwaiz defrauded health insurance companies and the Federal government by seeking and receiving payment for unnecessary surgeries.  He was finally arrested, tried and convicted in 2020 on 52 counts of health care fraud and filing of false statements.  As a result of his conviction, he has been sentenced to 59 years in prison.  The government also seized millions of dollars of cash and luxury automobiles, which it alleged were obtained with the funds he fraudulently obtained.

Dr. Perwaiz joins the ranks of other surgeons and physicians who have lied to their patients about their condition in order to get them to agree to undergo surgery.  The threat of cancer is a common theme for these people.

You will note that so far the story makes no mention of justice for the poor women victimized by Dr. Perwaiz.  Many of them were mutilated by his surgeries.  Many underwent needless pain and suffering from unnecessary surgeries.  Many certainly spent sleepless nights crying about the cancer they did not have.  Lawyers are circling these women and asking for the opportunity to represent them but one thing is for certain:  Dr. Perwaiz will not have enough insurance or assets to make it up to these women for what he put them through.

One of the lessons to be learned from the case of Dr. Perwaiz and his many predatory colleagues is that no one is minding the store while these people are hurting their patients.  When these people are discovered, it is almost always only after many years of predatory behavior.  They are often only discovered when they slip up and someone makes an unexpected discovery.

Where are those people who complain so loudly about medical malpractice suits while all this predatory behavior is going on?  Why don’t they take a little time away from their own busy practices making money to take a look at what their neighbors are doing and make sure they are on the up and up?  Why don’t they clean up their profession?  There is no way the lay public can know if people like Dr. Perwaiz are taking advantage of them.  Only those trained in medicine can make that determination but they are unwilling to devote the time or resources it would take to protect the public.  It is easier for them just to blame the lawyers for being greedy and ask politicians to protect them from lawsuits, even meritorious lawsuits.