They are all around us.  The bacteria that cause infections are all around us.  They live on our skin, in our guts, on the food we eat, on the surfaces we touch, and in our mouths.  They float on the currents of air that surround us.  They are in the exhaled breath of the people who pass us on the street or who stand next to us in the elevator.  They are literally everywhere.  Of course, we evolved with bacteria and have developed barriers to keep them at bay.  If they manage to penetrate our barriers, however, they may get by our immune systems and multiply unchecked.  If that occurs, death is the usual outcome. 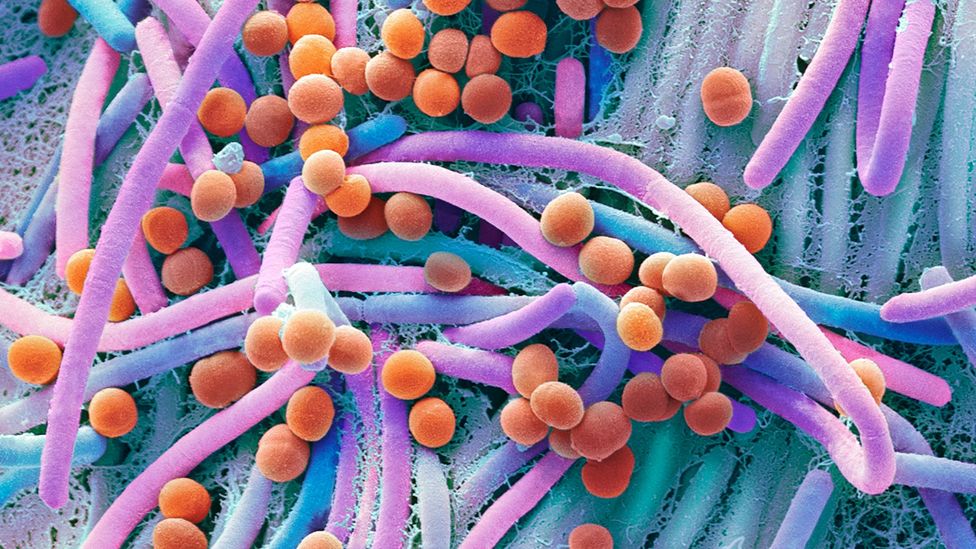 Although in our antiseptic world we don’t often think of it, we continue to be engaged in a struggle with infection-causing bacteria that has been going on for millions of years.  It is a classic fight.  The bacteria evolve in some way that makes them more efficient.  Perhaps they develop a new way to enter our bodies.  Perhaps they develop a way to bypass our immune systems.  Whatever it may be, we in turn must evolve to meet and overcome the new threat.  As soon as we meet this threat, there will be a new one.  The struggle never ends.  The enemy is implacable.

Modern science is a new factor in the continuing battle and has come to play a huge role.  We are no longer solely on our own and depending on our bodies to develop new defenses.  Modern science has given us antibiotics.  Countless lives have been saved through their use.  Unfortunately, we have not been good stewards of the riches of antibiotics.  We have overused them to the point that they are no longer as effective as they once were.  Our implacable enemy has not given up.  The bacteria have been evolving ways around our antibiotics and passing those successful traits on to their descendants.  The battle against infectious bacteria continues, even if we don’t think about it in that way.

Modern science has been a mixed blessing in some respects.  Although it has given us potent weapons against infectious bacteria, it has left our immune systems confused.  Over millions of years our immune systems developed to meet the threats of a world in which dangerous bacteria were a constant threat.  Today, however, we no longer live with livestock either in the house or right outside.  The floor of the house is no longer packed earth.  The food we eat has been refrigerated, the water we drink chlorinated.  Our immune systems, which were once 24-hour-a-day workhorses, have been largely put out to pasture.  With few real threats to address, our immune systems are at risk of going haywire and attacking risks that do not exist.  Most commonly, the non-existent risk the immune system attacks is part of our own body.  This theory, that immune systems made inactive by the cleanliness of the modern world overreact, is called the hygiene hypothesis.

In the modern, developed world, there has been a great rise in autoimmune diseases.  These are the diseases in which the immune system attacks the host’s body with sometimes terrible results.  One of the most common autoimmune diseases on the rise in the developed world is Type 1 diabetes.  Those of you who read this blog regularly know that one of my grandsons was diagnosed with Type 1 diabetes when he was only three.  He is fortunate enough to have good health insurance and is about to celebrate his 12th birthday.  He has a blood glucose sensor and an insulin pump, which are both great helps in keeping him alive and healthy.  Other autoimmune diseases include systemic lupus erythematosus, rheumatoid arthritis, multiple sclerosis and inflammatory bowel disease, to name just a few.

Perhaps the best thing we can do to protect ourselves is recognize that this battle with infectious bacteria is still ongoing.  Not only is it not going to end soon, it will probably never end as long as human beings and bacteria continue to exist on this world.  We need to respect our enemy and be careful in our use of antibiotics and other antiseptics so they do not lose their effectiveness.  A good, thorough washing of our hands with soap and water is always a good place to start in avoiding bacterial caused infections.