Pancreatic cancer is one of the most deadly forms of cancer afflicting human beings.  85% of patients diagnosed with pancreatic cancer will live less than five years following their diagnosis.  Looking at it another way, although only 3% of all human cancers are pancreatic cancer, it accounts for 7% of all cancer deaths.  It is a bad cancer.  The lethality of pancreatic cancer is at least in part due to the fact that it is rarely discovered before it has grown and metastasized, that is, spread to other parts of the body.  Now, at last, there may be some good news on the horizon for pancreatic cancer patients. 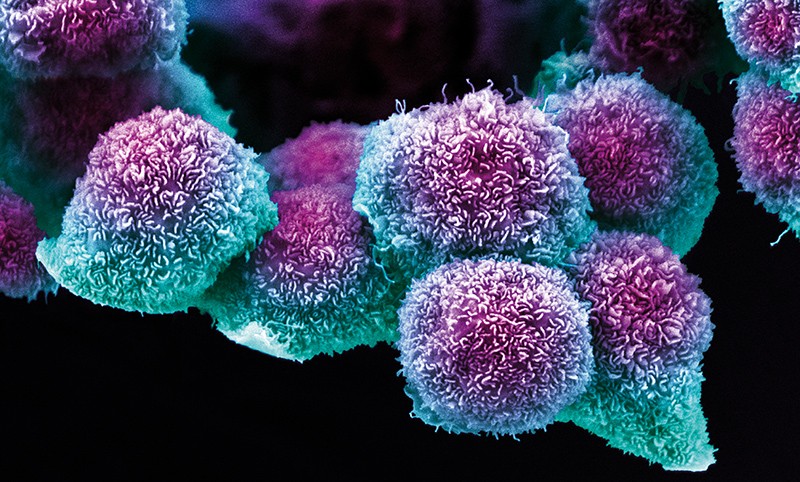 In a case report published in the prestigious New England Journal of Medicine, doctors report on the successful treatment of a woman with advanced pancreatic cancer, whose cancer had resisted all other forms of treatment.  In the new treatment, which the doctors involved called a “proof of concept” treatment, some of the patient’s own T cells were harvested.  T cells are white cells that are part of the human immune system.  They attack and destroy bacteria, viruses and any other foreign invaders identified by the immune system.  Unfortunately, pancreatic cancer cells are able to hide their “otherness’ from the immune system and therefore able to go about their nasty business without interference.

In the experimental treatment reported in the NEJM, the doctors used the latest techniques of gene therapy to modify the T cells they took from the patient.  They were able to train the T cells to recognize the protein fragments.  They then released the genetically modified T cells back into the patient’s body, where they attacked the pancreatic cancer cells.  The metastatic tumor cells that had invaded her lungs began to shrink to the point that it appears they are now dead.  Surgery, radiation and chemotherapy, which preceded the T cell treatment, had “cured” the cancer in her pancreas.

The beauty of the experimental treatment is that the T cells only attack cancer cells with the protein fragments.  Normal cells and tissue are left alone.  There are essentially no side effects.  This is in stark contrast to chemotherapy in which strong poisons are administered to the patient in an effort to kill the cancer cells without killing the patient.  As anyone who has undergone chemotherapy knows, its side effects are substantial and debilitating.

This therapy is an example of therapies that are targeted to the specifics of a particular patient.  Here, the patient’s own immune system was essentially trained to attack the pancreatic cancer cells.  These same T cells, if introduced into the body of another patient, might not have the same effect and would probably even be attacked by the new patient’s immune system, which would recognize them as invaders.

According to the NEJM report, this same experimental therapy was tried on another pancreatic cancer patient but was unsuccessful in saving her life.  The treating doctors are not sure why the treatment was successful in one patient but not the other.  They do note, however, that not all patients with pancreatic cancer have cells with the protein fragments on the outside and that is a possible explanation for the failure with the second patient.

There is a long way to go before this type of gene therapy becomes standard treatment for pancreatic cancer but the case reported shows that it can work and that a deadly cancer can be defeated.  There are a number of other cancers that carry the same protein fragments on the outside of their cells.  They are also candidates for treatment with this type of gene therapy.  Keep your fingers crossed.