Hey, Medicare Beneficiaries, There Is No Free Lunch!

Recently, I was stuck in front of a television that was showing a nature program.  Every few minutes, it was advertisement time.  Because this was early November and Medicare beneficiaries can change their Medicare plans at this time of year, almost all of the ads were devoted to that subject.  Each featured some well-known performer who urged me to call immediately to see if I was eligible for a Medicare Advantage plan that offered more benefits than traditional Medicare and might even pay me to join.  For those keeping score, this sounds almost too good to be true.  As usual, it is too good to be true. 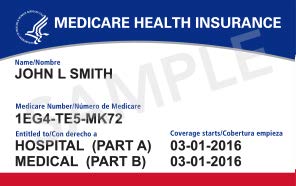 Medicare is a health care program created by Congress and operated by the federal government.  It has a set of clearly defined benefits and a clearly defined appeal process, if a beneficiary believes that he or she has been improperly denied a benefit to which they are entitled.  Beneficiaries have a lot of freedom under traditional Medicare, including the freedom to pick any doctor they choose, who is willing to accept Medicare patients, and the freedom to visit a specialist whenever they believe it is necessary.

These are just some of the ways in which a Medicare Advantage plan keeps down the medical expenses of its beneficiaries.  Its actuaries have carefully determined how much it is going to cost the company to offer the benefits it does.  The company then spells out what it will and won’t cover in a contract with the beneficiary called the plan document.  The company then rigorously follows that plan language.  If it is not covered, you don’t get it, regardless of how badly you need it or think you need it.  The company also controls the appeal process for beneficiaries, who think the company was wrong to deny them a certain procedure or a certain benefit.  There is no outside appeal.  The company may review its decision, but it is the company that is doing the review and not some independent reviewer.  The more care the company pays for, the less money it makes, so the company has to keep the care provided to the minimum required by the plan document.

After over 45 years of practicing law, I have read a lot of contracts.  The Medicare Advantage plan documents are complicated, even for me.  As a practicing lawyer, I understand how important it is to know what you are agreeing to when you sign up for a Medicare Advantage plan.  You are giving up some rights in order to get some additional benefits.  Maybe it is a good deal for you, but maybe it isn’t.  As in every other aspect of life, there is no free lunch.  No one is going to give you extra benefits without exacting a price.  However, after 45 years of practicing law, I also know how few people will actually read the long and complicated plan document detailing what they will get from the Medicare Advantage plan and what they will not.  The vast majority of people will not read the plan document until they have been denied some care and by then it is too late.

This is by no means a criticism of Medicare Advantage plans in general.  Instead, this is is a warning to Medicare beneficiaries to look before you leap.  Read the plan documents before you sign up, not after you have been denied a benefit you thought you were going to receive.  A Medicare Advantage plan may be just right for you or it may be a nightmare.  Only you can decide.